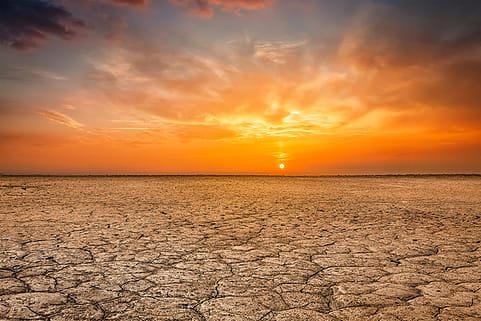 Climate Change Could Threaten Your Morning Cup of Coffee

Climate change is affecting everything from polar bears, coral reefs, sea levels, the intensity of storms and even your morning cup. Coffee is a fickle plant and doesn’t grow just anywhere. The majority of the world’s coffee is grown in the Bean Belt, a narrow region around the equator. Recent reports estimate half of the land in this region, suitable for coffee production, is under threat as a result of climate change.

In the U.S. alone, 60% of adults consume coffee at least once a day. And around the world, the coffee drinking population is on the rise. Between increased global demand and smaller crop yields, your morning cup of coffee could get very expensive if the industry doesn’t adapt and make changes.

Reduced crop yields are a result of drought in some regions and increased humidity and precipitation in others. For example, increase moisture leads to the proliferation of pests like the Coffee Berry Borer and diseases including ‘la rosa’ or stem rust. 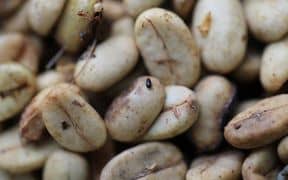 Coffee production is dependent on predictable cycles of rainfall, dry periods and temperature changes. Coffee typically flowers when there’s a dry period followed by significant rainfall. Generally, a dry period of three months is necessary to stress the coffee plant and produce flowers. However, a shorter dry period and extended rainfall can result in reduced flowers. Fluctuations in weather patterns such as precipitation, temperature, storms, strong winds, and other extreme weather patterns can negatively affect the quality and production level of crops.

In a recent study among Colombian coffee producers, 91% reported changes in the flowering and fruiting cycles of coffee plants. 75% noticed an increase in pests, and 59% reported an increase in crop disease. Margins for farmers are already extremely thin. Even one crop failure can mean the difference between profit and loss.

In 2013 Starbuck’s Coffee purchased 600 acres of fertile coffee land in the Alajuela province of Costa Rica. The farm is used as a field laboratory to test and study effects of climate change. The company is growing new varietals of coffees and testing their resistance to climate variations.

Various industry-funded organizations have started working with farmers around the globe to provide solutions, such as efficient irrigation systems, safe water and the use of solar. These programs improve livelihoods and at the same time help tackle climate change by reducing carbon emissions. In the next few years, the term Carbon neutral coffee could gain traction in the coffee industry lexicon. 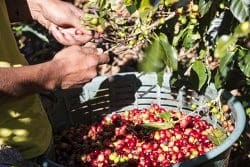 Farmers have already begun to grow coffee at higher elevations in order to mitigate changing weather patterns. Others plant trees to provide shade during heat spells and to prevent soil erosion. This is often referred to as ‘shade grown coffee’.

Big industry players such as Starbuck’s, Keurig and Illy Caffe understand producers need support to ensure the health of the entire industry. There is no benefit in hoarding the results of their research. As a result, the data and information garnered from their research is made public. This includes research from Starbuck’s Alajuela plantation.

The Future of Coffee

Global coffee demand is forecast to double by 2050 as a result of a growing population and growing middle-class coffee consumption in Asia and Africa. Although coffee prices and global coffee production are relatively stable, we are only a severe drought or extreme rainy season away from turmoil.

As coffee drinkers, we can make a difference with our purchase decisions. Are we drinking coffee sourced from a sustainable producer? Is the producer paid a fair price for coffee? These are just a couple factors to consider that can make a difference, even if a small one, to ensure we are drinking our morning cup well into the future.