The story of Indonesian coffee beans begins with the Dutch. In the 1600’s the Dutch attempted coffee cultivation in Holland with coffee plants that were smuggled from Yemen. Because of the cold weather, the effort failed. Following failure, friends of the Dutch in Sri Lanka sent seedlings to the Governor of Java in Indonesia. In 1704 seedlings were successfully planted for the first time and eventually coffee made its way throughout Indonesia. The country joined the coffee production market in 1711 when the Dutch East India Company sent their first haul from Java to Europe. 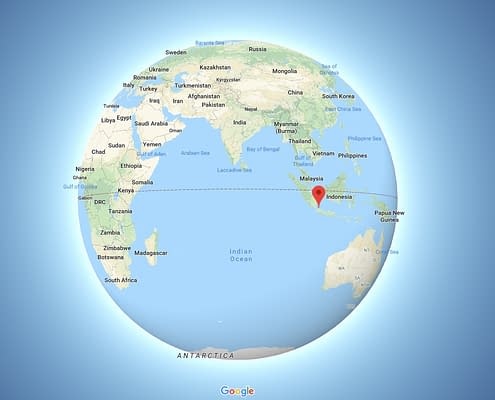 There was a lot of money to be made in the trade of coffee, however, not for the producers in Indonesia. In the 1870s the coffee leaf rust came to the country, devastating production efforts. Up until then Indonesia had only produced Arabica coffee. To continue production and ultimately livelihood, farmers slowly began to switch to Robusta, which is less affected by the coffee disease. Under the control of the Dutch, Indonesian coffee producers were not making the profit that they deserved. Now, even with Indonesia being the 4th largest exporter of coffee in the world, production is only 25% Arabica. The novel ‘Max Havelaar: Or the Coffee Auctions of the Dutch Trading Company’ was published in 1860, explaining the exploitations by the Colonial Dutch System. This novel helped to change the labor system in Indonesia as well as inspired the concept of Fair Trade.

Due to Indonesia’s unique geography of a cluster of islands that lie in the bean belt, there are a number of factors that influence the coffees in each growing region.

Located on both sides of the equator, Sumatra has two climatic zones. A type of processing called wet hulling which is native to Indonesia, creates earthy cup profiles in Sumatran coffees. The tropical climate is ideal for growing Arabica and promotes a low acidity full-bodied cup with aromas of herb and umami. Sumatran coffee may seem familiar because Starbucks, the coffee giant, is the biggest buyer.

Located between Sumatra and Bali, Java is where coffee began for Indonesia. There are 5 large government-owned estates, covering over 4,000 hectares, that produce the majority of Arabica coffee. The estates surround a volcanic plateau which helps to contribute minerals into the soil. Coffee from Java is characterized by low acidity, heavy body and notes of fig, molasses and clove. Most coffees produced in Java are processed using wet processing methods.

Java is also home to the most expensive coffee in the world. Since 1969 a company has been producing a cup of coffee that sells for about $45 a cup. In Java, there is a civet-like animal that natives call luwaks. Farmers have been harvesting the coffee cherries that luwaks eat, digest and excrete to process and roast. When the coffee cherry is digested by the animal, many chemical processes occur which promotes an exotic and smooth flavor. The Kopi Luwak coffee is said to have caramel and chocolate notes with a rich body.

About 95% of Sulawesi’s production is done through small farm holders who mainly use the wet-hulling processing method. The remaining 5% comes from the high altitude growing area of Toraja, where coffee is wet processed. Coffees from Sulawesi exhibit earthy and fermented fruit flavors. They have a full body with raisin and chocolate cupping notes.

Coffee grown in Bali is limited and usually is grown on small farms in the central highlands. In this region, coffee beans are mainly wet processed. The region contains volcanic soil which gives off smoky flavors and full body.