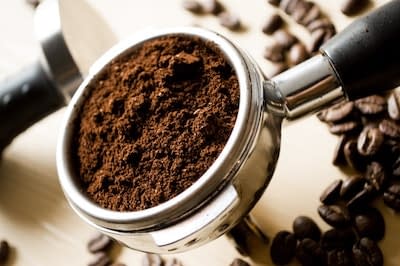 The coffee industry creates the second most traded good in the world, coffee. An estimated 90% of brewed coffee ends up as Spent Coffee Grounds (SCG). Up until recently, companies have been sending their grounds to the landfill. To maintain coffee’s immense presence in daily life, we must understand the impact the industry has on our environment and learn to recycle spent coffee grounds in new and innovative ways. 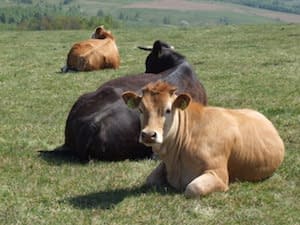 Kemp has shown that the same method could be used in natural gas-powered vehicles. The coffee ground mixture stores methane at low pressure, making it ideal to remove gas emissions from vehicles. This process creates the potential to eliminate the need for a gas tank.

Water for Coffee, or Coffee for Water?

In Italy, scientists from the Istituto Italiano di Tecnologia are using coffee sponges to filter heavy metals from water. Despina Fragouli and her team added sugar and silicone to spent coffee grounds. This created a sponge-like product. When soaked in water, the sugars escape so that the coffee can bind to metal ions in the water. After testing, researchers could conclude that the coffee sponge had the same efficiency as any commercial water filters on the market.

“It’s very important that we find new resources to make polymers-materials that are reusable and that can replace the petroleum-based materials we currently use.”–Despina Fragouli

In the United States alone, people drink about 400 million cups of coffee a day. That creates a lot of spent coffee grounds that could be repurposed. A U.K. based company called Bio-bean is reusing the coffee grounds to make biofuel. Each year, the U.K. wastes 500,000 tons of coffee grounds. First, Bio-bean combats this problem by partnering with existing waste management companies. These partners collect grounds from numerous locations and transport them to Bio-bean’s factory. There, workers recycle spent coffee grounds by extracting the oils and combining them with other fats. Then, Argent Energy creates biodiesel from these oils and combines it with mineral diesel. The B20 biodiesel formula provides 10-15% less CO2 emissions than regular diesel. Through Bio-bean, fleets of buses in London now run on the B20 biodiesel made from coffee. 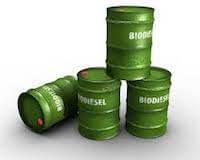 Bio-bean makes a whole lot more than biodiesel from spent coffee grounds as well. They make coffee logs as an alternative heat source. These eco coffee logs are used in stoves and open fires and contain 20% more energy than wood. The company also makes biomass pellets. Scientists form these pellets from a byproduct of making the B20 biodiesel.

“The company is even exploring the possibility of selling these pellets back to coffee shops to be used to roast coffee or boil water, which would create a true circular economy, with waste becoming the input power for the production activities that created it.”-Duncan Pike,Roast Magazine

In 2007, Japanese government enforced a law that businesses in the food industry must reduce or recycle 50% of their food waste. This created many questions for the coffee giant Starbucks. So, Starbucks gathered a team, led by Yoshihito Nakagawa, to find a solution. The team conducted extensive research and decided to recycle the spent coffee grounds as feed for cattle. The company Menicon designed a lactic acid bacteria to break down coffee grounds turning it into cattle feed. This feed contains antioxidants from the coffee which helps prevent infections. The antioxidants also improves milking efficiency in cows. On the other end, Starbucks goes further by buying back the milk from the cows they created feed for.

When Starbucks doesn’t use spent coffee grounds for cattle feed, they use them to make fertilizer. In a matter of 5 years, the coffee giant recycled 1,300 tons of coffee back into the food system. Ultimately, the Japanese food law allowed about 82% of food waste to be reused. Moreover, through the help of larger companies like Starbucks, the food industry can help create more sustainable resources.

Unfortunately, these companies use larger factories and advanced technologies to create these products from coffee. However, you can find ways to recycle spent coffee grounds on a smaller scale. Consumers easily tend to their own compost piles in the comfort of their own yards. Also, innovators create body scrubs, flea repellent, and even meat tenderizers. Therefore, consumers as well as larger companies can continue to contribute to a greener world by recycling spent coffee grounds.