Malawi is a small African country bordering Mozambique and Tanzania with about 18 million inhabitants. The country has a sub-tropical climate with two rainy seasons from October to November and May to June. Influenced by three lakes and mountainous terrain and plateaus, Malawi coffee beans production for smallholders has started to grow. While under British control, the first coffee plant to came to Malawi in 1891 from the Royal Botanic Garden in Edinburgh, Scotland. It took some time to get commercial growing started, and larger estates were concentrated in the areas of Thyolo and Mulanje in 1923. Following an expansion of commercial coffee production, smallholders maintained land with less than 200 trees per grower. The first Malawi coffee beans cooperative was formed in 1946 called Mzuzu Coffee Planters Cooperative Union Limited. However, Malawi only gained independence in 1964. 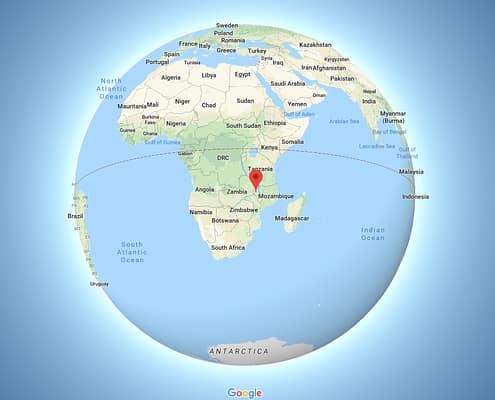 Scottish missionaries brought only Arabica coffee plants upon their arrival. All varieties brought by them were unfortunately devastated by Fusarium Wilt, which is a fungus that attacks the coffee plants. Although the wilt damaged the industry at the time, new varieties of Geisha and Agaro were imported by a researcher from Ethiopia. Malawi now has varieties of Geisha, Agaro, Mundonovo, Cattura, SI 28, Catimor 129 and Nyika. All coffees in Malawi are processed using the wet method and fermented in tanks sometimes using mechanical demucilage.

Coffee production in Malawi is split between a few high-volume estates and smallholder farms. Estates are located in Thyolo, Mulanje and Zomba. Most estates grow crops unshaded at 900-1200 m.a.s.l. Smallholder operations reside in Chitipa, Rumphi, Nkhata-bay, and Mzimba in the north and Ntchisi, Dedza and Ntcheu in the central region of Malawi. The coffee cooperative Mzuzu works with and promotes these smallholder coffee productions. Smallholder farms are able to grow coffee in shaded areas at 1200-2500 m.a.s.l. Through Mzuzu, smallholders are also able to have organic and Fair Trade certification.

To help improve coffee quality and ultimately the coffee market in Malawi, Mzuzu offers numerous services and classes to smallholder farmers. They help with marketing, offer training classes and coffee cupping for better knowledge. As an added benefit, there is no government control on coffee exportation in Malawi. This would normally be difficult for small farms to export on their own, however Mzuzu helps bridge this gap. With over 65% of the population sitting under the poverty line, Mzuzu’s presence in farmer’s lives is beneficial because most barriers lie in poor transportation conditions and lack of infrastructure. The Smallholder Coffee Farmers Trust was created in 1999 to concentrate on the quality of coffee to add product value.

Through Mzuzu Coffee Cooperative, gender equality is emphasized. About 25% of their 3000 members are women. The cooperative strives to empower women through coffee by improving access to land, encouraging decision making and promoting employment within the cooperative. This helps to bridge the gap for many women to help their families get out of poverty.

Coffee from Malawi is characterized by medium acidity and body with mild sweetness. Compared to Kenyan coffee profiles can be seen as floral, stone fruit, sweet citrus with a clean, milk chocolate finish.