Coffee labeled Sumatra, is grown on the Sunda Islands, a cluster of islands making up Western Indonesia. Sumatra, being the largest island, became the name of the region. The island of Sumatra is located directly on the coffee bean belt, straddling the equator. Like the majority of Indonesia, sumatra coffee beans were brought by the Dutch in the early 1700s. And also, like the majority of Indonesia, coffee production picked up following the first exportation from Java under the Dutch East India Company in 1711. The country of Indonesia became a huge player in the global coffee market due to the unique flavor profiles coming from the climatic conditions and soil, as well as organic processing. In the 1870s, the coffee leaf rust plague came to Indonesia. This caused most farmers to incorporate the Coffea Robusta and Coffea Liberica into production systems. 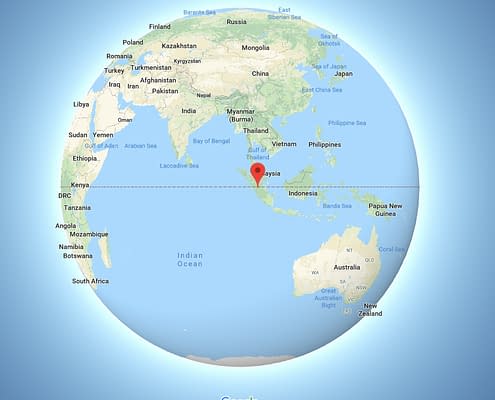 Even though a lower quality seed was introduced into the ecosystem, perfect growing conditions and soil quality combined to elevate the quality. Coffee in Sumatra is primarily grown in the regions of Mandheling, Lintong, Aceh, and Gayo. Sumatran coffee generally tends to have earthy flavor profiles, often associated with lower quality coffee in other parts of the world.

The coffee growing region of Lintong is located in the north central part of Sumatra. The elevation of Lake Toba creates ideal growing conditions for Coffea Arabica cultivation. Coffee from Lintong is characterized with earthy, complex, cedar and spice notes with a clean and bright acidity.

Aged coffee is unique to the Ache region, is aged coffee, stored for months to let flavors develop. Although the last region to begin cultivating coffee in 1908, coffee from the region of Aceh is highly sought after.

Surrounding the Gayo Mountain in the highlands of Sumatra is the Gayo growing region which cultivates coffee at an elevation of 1300 – 1600 m.a.s.l. Like most coffee production throughout Indonesia, coffee from this region uses the wet-hulled processing method, also called Giling Basah.

Although the island of Sumatra has perfect climate conditions for cultivating coffee, climate change is affecting their production. Recently, in the region of Gayo, farmers have reported coffee harvests falling by 50% because of unexpected rain and dry seasons. The unexpected rain also affects the capability of farmers to properly sun dry the coffee beans during processing.

Most farmers in Sumatra operate on a small-holding system and work with cooperatives that help band farmers together and aid in the selling process. Through cooperatives such as this, farmers have been able to invest money into research on solutions to combating climate change. Through investments, new, more resilient coffee varieties have been created to help with climate change affecting productivity. With numerous challenges that Sumatran farmers have had to face, they are even finding ways to fight climate change and how it affects productivity in the global coffee market.