The coffee industry began for Peru in the 1700s when coffee plants were brought from Ecuador. However, there was very little exportation of coffee beans until the late 1800s. The late 1800s delivered a disease that attacked coffee plants in Indonesia and spread to neighboring coffee growing countries. The disease caused European buyers to seek elsewhere for places to grow coffee. Leading to the perfect opportunity when Peru defaulted on a loan in the early 1900s. The British government took 2 million hectares as repayment and started plantations on the land. Peruvian coffee beans quickly became a major export for, making up 60% of all their exports. 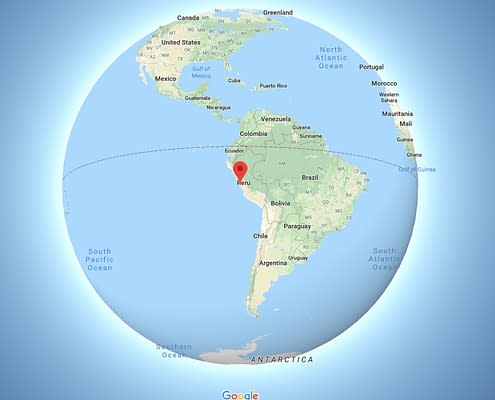 With the influence of the first World War, England began to put less emphasis on the plantations they acquired in Peru. This benefitted the Indigenous workers who became indentured servants for the large-scale operation efforts. The workers began to take the land back especially when the Peruvian government began land reforms following the second World War. Government encouraged cultivation as an attempt to better the country’s socio-economic welfare. Due to the nature of production within Peru itself, under the control of smallholder farms rather than large plantations, the industry showed signs of growing quickly. Following military dictatorship production policies that only created complacency and made it difficult for producers to gain the profit that deserved, came the era for ethical coffee.

Ethical coffee began in Peru in the 1990s and caused a boom in coffee in a time period that had extremely low prices. With networks focusing on fair trade organizations, Peru also has been the world’s largest exporter of organic coffee. There are over 90,000 hectares of land with certified organic coffee production. This was mainly because small farmers could not invest in pesticides. Another barrier for producers in the industry is transportation and selling of the product.

Traditionally, coffee farms in Peru have been in rural areas, so producers would generally carry harvests to micro-wet mills to be de-pulped and fermented. After processing is done, farmers will then lug the coffee beans to the nearest town plaza which transforms into an auction. Most farmers, not wanting to take their harvest back to farms, will settle on lower prices if there aren’t a lot of buyers. With over 223,000 families relying on this type of coffee production, the influence of fair trade organizations and cooperatives that help consolidate efforts has benefitted the Peruvian coffee market.

Although Peru has had difficulty with organizing their coffee market, they maintain the 7th largest coffee exportation efforts in the world. The 28 varying microclimates and the infamous Andes mountains, which contain 98% of Peruvian coffee plants, create ideal conditions for coffee cultivation. There are three regions in Peru where coffee is grown: the northern, central, and southern sections of the Andes. Each region creates distinctive cupping notes and flavors along with distinctive customs specific to the region.

Although each specific region creates different flavor profiles and aromas, Peruvian coffee tends to have crisp acidity, floral aromas with a medium body.

Accounting for more than half of Peru’s coffee production are the regions of Cajamrca, Amazonas, San Martin, Piura and Lambayeque.

Including the high-quality region of Chanchamayo, Pasco, and Huanuco, the central region makes up about 28% of the country’s production. Chanchamayo coffee has a well-balanced nutty and chocolate flavor.

Representing 17% of production are the regions of Puno, Cusco, and Ayacucho.