Costa Rica was the first county in Central America to produce coffee, it was introduced to Costa Rica in the early 1700s. Some plantations existed in the Central Valley of Costa Rica, however mass production began after the country’s independence in 1821. At this time, municipal government promoted coffee cultivation by granting farmers land and seeds. The 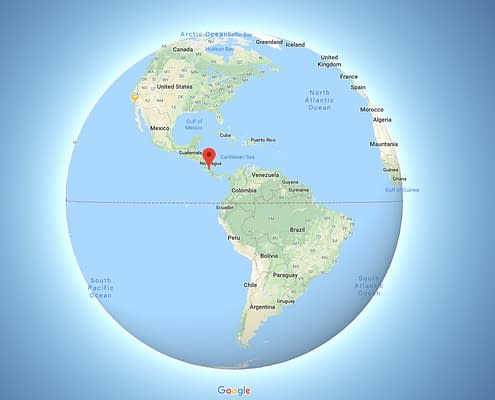 National Assembly went as far as saying anyone who grew coffee for more than 5 years on land could claim the land for themselves. This increased coffee production in Costa Rica tremendously and led to trading with the Old World. WIthin the country, 10% of the population is involved in coffee production which makes up 90% of their produce exports.

The Instituto del Cafe de Costa Rica (ICAFE) was created in 1933. This organization helps to monitor coffee production within the country to maintain quality, sustainability, and socioeconomic wellbeing. Along with the International Women’s Coffee Alliance, who started a chapter in Costa Rica, a number of organizations work together with coffee cultivators to sustain growth in the coffee sector.

Producing some of the highest quality coffees in the country, Tarrazu has very high altitudes from the country’s interior mountains. Coffee from this region produces a heavy-bodied cup with complex aromas and mild acidity. This region also contributes to about 35% of the country’s coffee production.

The coffee growing region of the West Valley produces about 25% of the country’s coffee. Within the region there are a number of microclimates which contribute to the complexity of flavors in the beans. The coffee from West Valley can be characterized with medium body and orange acidity.

The Central Valley is where Costa Rican coffee first originated. Representing about 15% of coffee production, the region has distinctive wet and dry seasons. Influenced by volcanoes in the area, the soil of Central Valley as a tropical acidity and plenty of minerals which help contribute to great flavor.

Due to the coffee expansion within the Central Valley in 1820, Tres Rios was created to contribute to coffee production. However, being close to the capital, San Jose, lack of land to cultivate on is becoming a problem. Coffee from Tres Rios exhibits bright flavors with sweet and mild flavors. This region now only produces about 2% of the coffee grown in Costa Rica.

Representing about 20% of coffee production in the country is the growing region of Brunca. Coffee in this area is produced in hillside farms due to the lower elevation.

The other 3 less common growing regions in Costa Rica are: Guanacaste, Orosi and Turrialba. Altogether, Costa Rica’s coffee trade only represents about 1% of the global market. Although Costa Rica doesn’t produce the most coffee in the world, much of the population depends on the coffee industry to support them. It is also integral to the coffee industry within the country to maintain sustainable practices. High quality coffee from Costa Rica is some of the best in the world because of the attention to quality and perfect growing conditions.