The growth of third wave coffee is an undeniably good thing, both for coffee lovers and coffee shop owners alike. Coffee’s place in our culinary landscape has been cemented as a legitimate culinary experience as opposed to a simple drink we consume in the morning. The 3rd wave created a market for coffee that entrepreneurs all around the country have tapped to make a living doing what they love — roasting, brewing and serving artisanal coffee. Read on to learn about the coffee industry growth.

As the demand for specialty coffee continues to grow and expand, two companies with the biggest ambitions are Philz Coffee and Blue Bottle Coffee. Both hailing from the Bay Area, these two coffee companies started from humble beginnings, as single-location independent cafes. 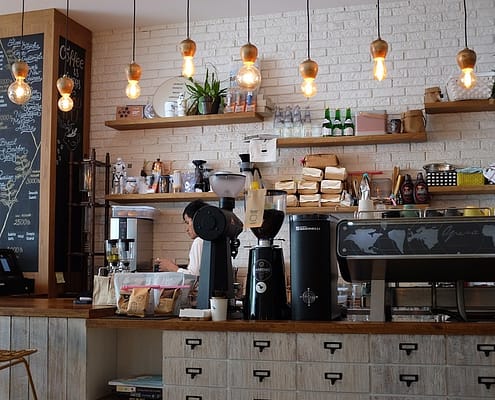 The Institutionalization of Third Wave Coffee

The growth of third wave coffee has attracted venture capital investment, with Philz raising over $75mm and Blue Bottle raising over $100mm. This begs the question: what are they going to with all of that money?

For both companies, the answer is simple: grow, grow grow.

Blue Bottle has already opened two cafes in Tokyo, with a third on the way. They’re planning to open cafes in most of the metropolitan areas of Asia, as they’ve been incredibly successful in Tokyo already.

The growth of Third Wave Coffee and the cash infusion these companies received is a rapid accelerator of growth…but it comes at a cost. Many Blue Bottle employees have left the company to start their own independent cafes, citing the “corporate takeover” of the company.

The backlash makes sense — both Blue Bottle and Philz were once small, independent, single-location coffee shops. They attracted employees who loved the company for what it was. It’s no surprise some of them are fleeing after seeing the ambitious growth goals of both of these coffee companies.

For coffee drinkers, there’s a different question to answer: will these companies lose what made them special in the first place?

Is there such a thing as growing “too big” to be taken seriously as a member of the 3rd wave movement? Are we seeing the 4th wave of coffee? At what point do Philz Coffee and Blue Bottle become so ubiquitous and their business processes become so systemized that they’re indistinguishable from the big players like Starbucks or Peet’s?

While you can’t fault a company for wanting to grow, at what point will coffee drinkers turn back to the small independently owned coffee shops to recapture some of the vibe that made Philz and Blue Bottle so popular in the first place? The answer remains to be seen, but with Philz and Blue Bottle locations popping up all over the place, we’ll see soon enough.