Coffee production in Nicaragua has undergone numerous barriers from unstable political systems, natural disasters and war. About 40,000 families rely on the production of Nicaraguan coffee beans for income. Since, it’s introduction to the market in 1848, coffee production now accounts for over $500 million dollars of exports a year. Although coffee was first brought to Nicaragua as a decorative plant in 1796, it didn’t translate into the agricultural market until 1824. In 1841 exportation to Europe in small batches began. Following the Gold Rush in 1849, The Nicaraguan government created initiatives to bring coffee crops to the central highlands as well as obligating the Indigenous to work on coffee plantations. Because of the relationships created within the labor force, social structures were greatly influenced within the country. By the 1870s, Nicaraguan coffee beans had become the leading agricultural export for the country. 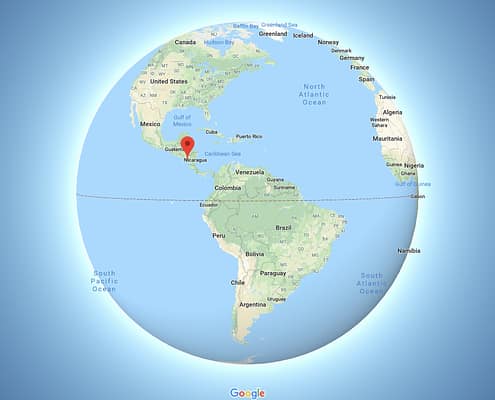 Following a brutal civil war beginning in 1979, 40,000 people were killed and 15% of coffee production in the country was seized. The new regime established the Nicaraguan Coffee Company (ENCAFE) to be the sole buyer and seller of Nicaraguan coffee. The idea was not translated well with smallholder farmers who had to abandon farms. Then came the coffee crisis of 1999-2003, where coffee prices crashed and three of six national banks collapsed. Drought furthered devastation from 1999-2001 causing laborers from small scale farms to live on roadsides, surviving on food donations. After years of union marches, the rural workers’ union received plots of land for over 3000 coffee farmers which relieved many families of poverty.

The Nicaraguan Association of Smallholder Coffee Cooperatives (CAFENICA) was formed to represent smallholders political and economic welfare. This connected the 80% of smallholders to Fair Trade cooperatives as well as helped with education and translation into the global market.

Being the 12th largest exporter of coffee in the world, Nicaraguan coffee represents about 1.5% of global coffee trade. Coffee farmers in the country are 95% small-scale farmers. All coffee from Nicaragua is Arabica and 95% is shade grown and organic.

Most coffee within Nicaragua comes from the three regions in the central mountains: Matagalpa, Nueva Segovia and Jinotega. A cup of Nicaraguan coffee can be characterized with a medium body, clean flavor and notes of bright citrus and fruit flavors.

With the largest growing effort in the central mountains, Jinotega produces Caturra and Bourbon varietals of coffee.

The capital city of Nicaragua is the main source of plantation coffee in the country. Shaded by banana trees the plantations are focused on sustainability and community improvement. Lying on rich, volcanic soils, coffee from this region makes for a distinctive profile.

Pretty rare to find on the market is the gourmet coffee from Segovia. Coffees are characterized with nougat sweetness, fruity notes and hints of chocolate.

With massive efforts to overcome political and economic struggle, the Nicaraguan coffee industry has grown. Through smallholder operations, the quality of coffee from Nicaragua is able to be maintained, creating for high quality coffee that is sought over globally.